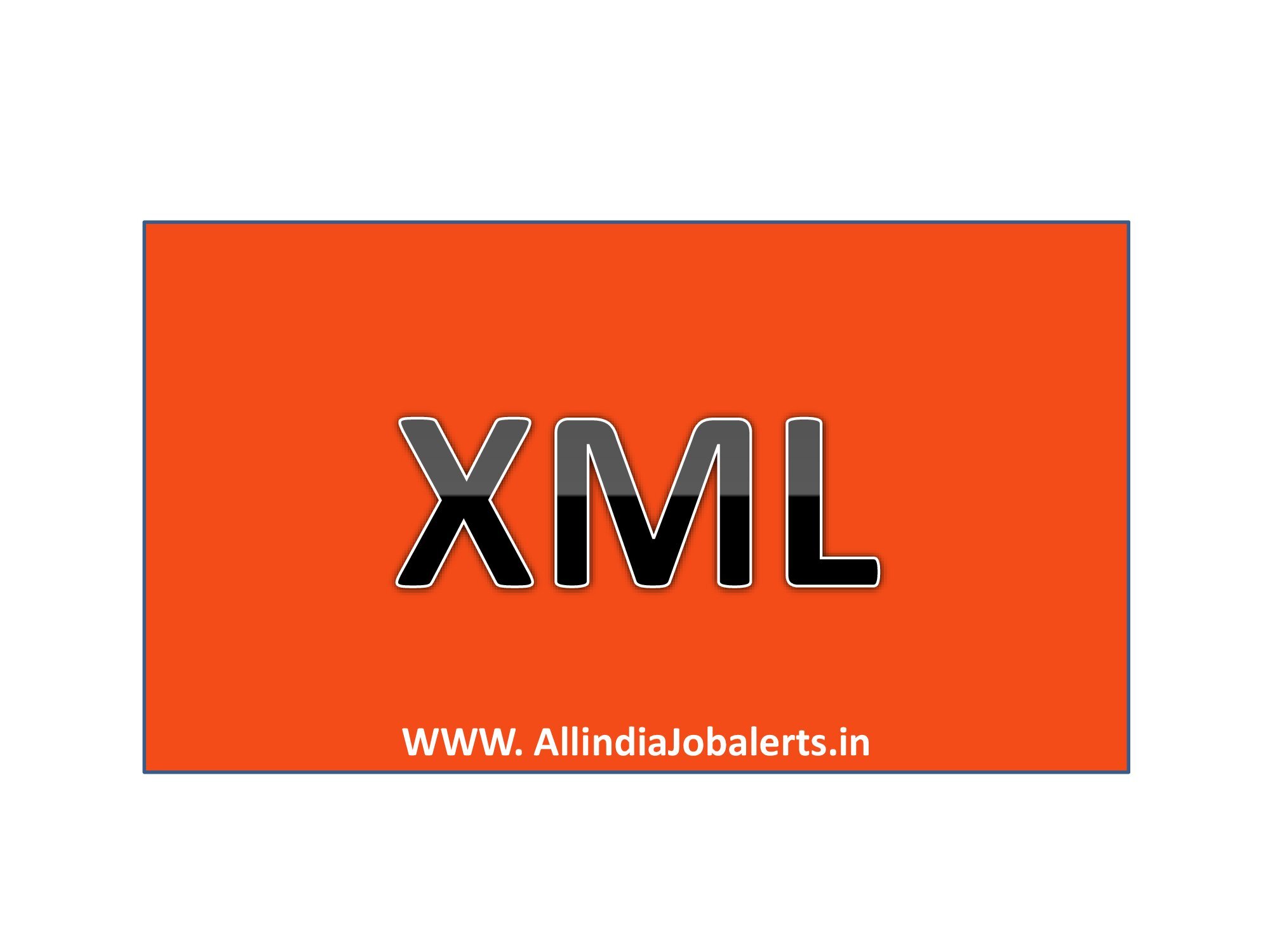 XML stands for extensible markup language, XML is sued to provide on environment to create a cross platform compatibility, cross platform it is not a specific to only software and hardware and any other computer architecture, XML is also Called as mother language by uing which we can create VML ( Vector Markup Language) and MML ( Mathematical Markup Language) XML namely used to store the data and described the data.

It is used to store the data permanently as same as like data base.

XML is used to provide an instruction to install a software.

XML is used to configure the resources for ever web application.

XML is used to create other markup language.

XML is used to transfer the data between incompatible types it means we can used XML document data in any language.

Using XML we can create our own tags.

Difference between XML and HTML.

XML document contain the root tags it must be presented once time.

XML document consist of one or more elements logically related collection of information to the complete documentation is document entity.

XML tags contains the child and attribute or both.

XML file may not contain character that are reserved

Elements and Attributes in XML

The basic entity is element the element are used for designing the tags, the element logically consist of opening and closing tags mostly one element is used to design a single tag.

The Attributes are generally used to specify the Value or element specified with “ “ or ‘ ‘.

XML element specify both XML document preparation of an element naming root then it is called well form XML document.

It is used to define the structure for an XML document, Xml schema return in XML.

In XML Schema we can create following two types of elements

It is an XML element contains child element or Attributes or both is called complex elements.